Live components are enabled and linked via the DSM-Storybook integration. Chat with your development team to learn more and take advantage of the integration. 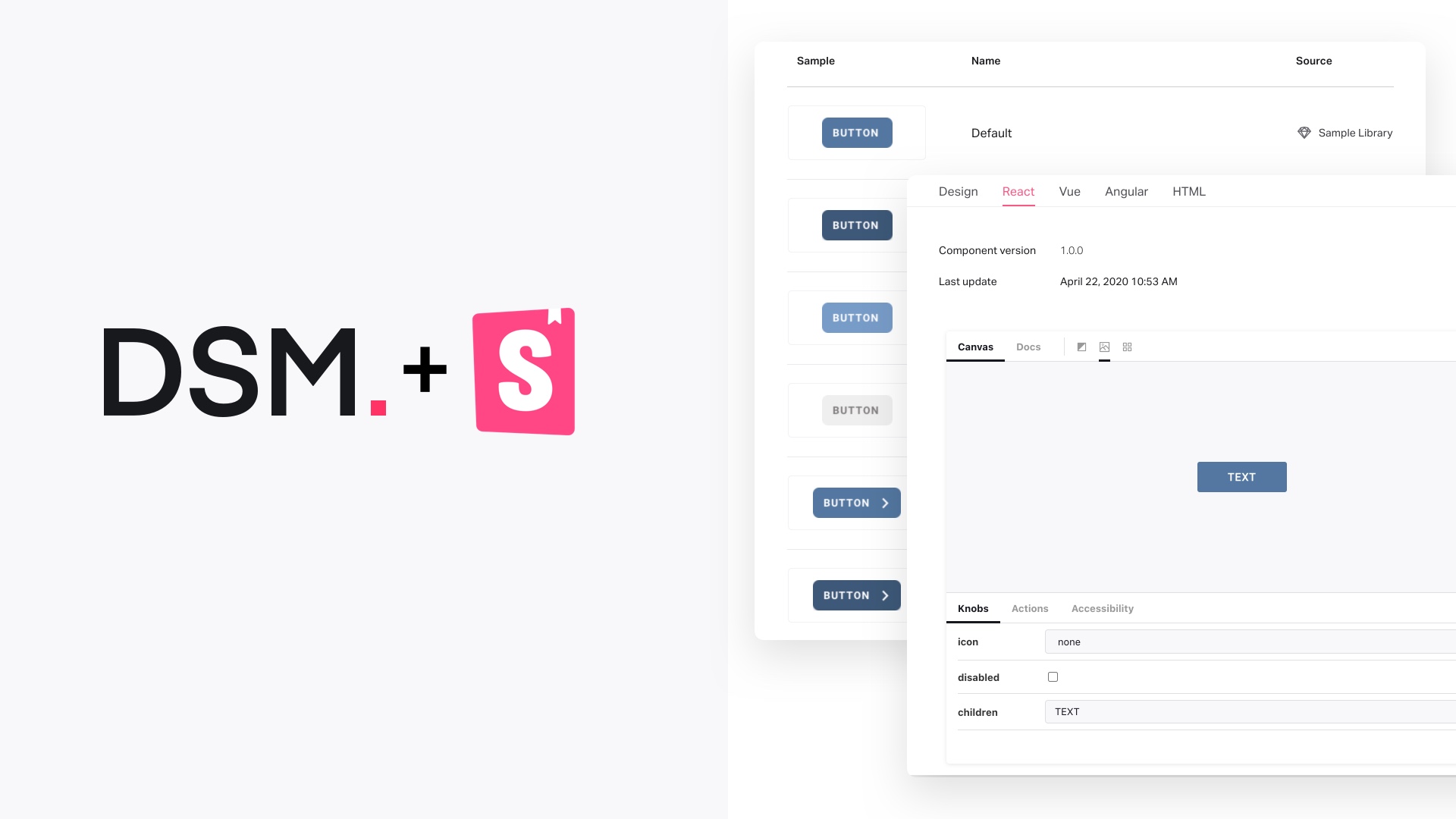 The DSM-Storybook integration allows a designed and coded component to exist side by side to showcase its functionality and allow your team to interact with its text, properties, and variants.

When viewing live components in the DSM web view, you can quickly identify a component’s version by including a version label on the component page.

Although a common versioning format is numbers following a semantic order, the developer publishing the Storybook story to DSM has complete control over version names. DSM does not assign version names automatically.

There are two main ways to version components:

DSM supports both methods. With either option, the version name will appear in the same place on the component page.

Teams will commonly use a previous version of the component library. Different teams may have different upgrade schedules, so different versions of the library might be in use.

To avoid discrepancies, it’s important that developers can refer to the documentation for the component versions they currently use.

By default, DSM shows the latest version per component. You can switch to a different version using the Component version drop down on the component page.

If components are versioned on the library level, DSM persists the version selection throughout the user session. This means that if you view a particular library version for one component, any other components you view will default to the same library version—rather than the latest version.

DSM only allows switching between versions of components that differ in version text (or number in semantic versioning). For example, if two DSM projects specify version “1.0.1” for a button component, viewers will not be able to switch between the two versions since the version labels are identical.
Was this article helpful?