When you create a version of your design system, you're allowing anyone with access to it to view a single point in time. You assign a unique name or number, and this usually starts with your first release of your minimum viable product (MVP),  your version 1.0.0. 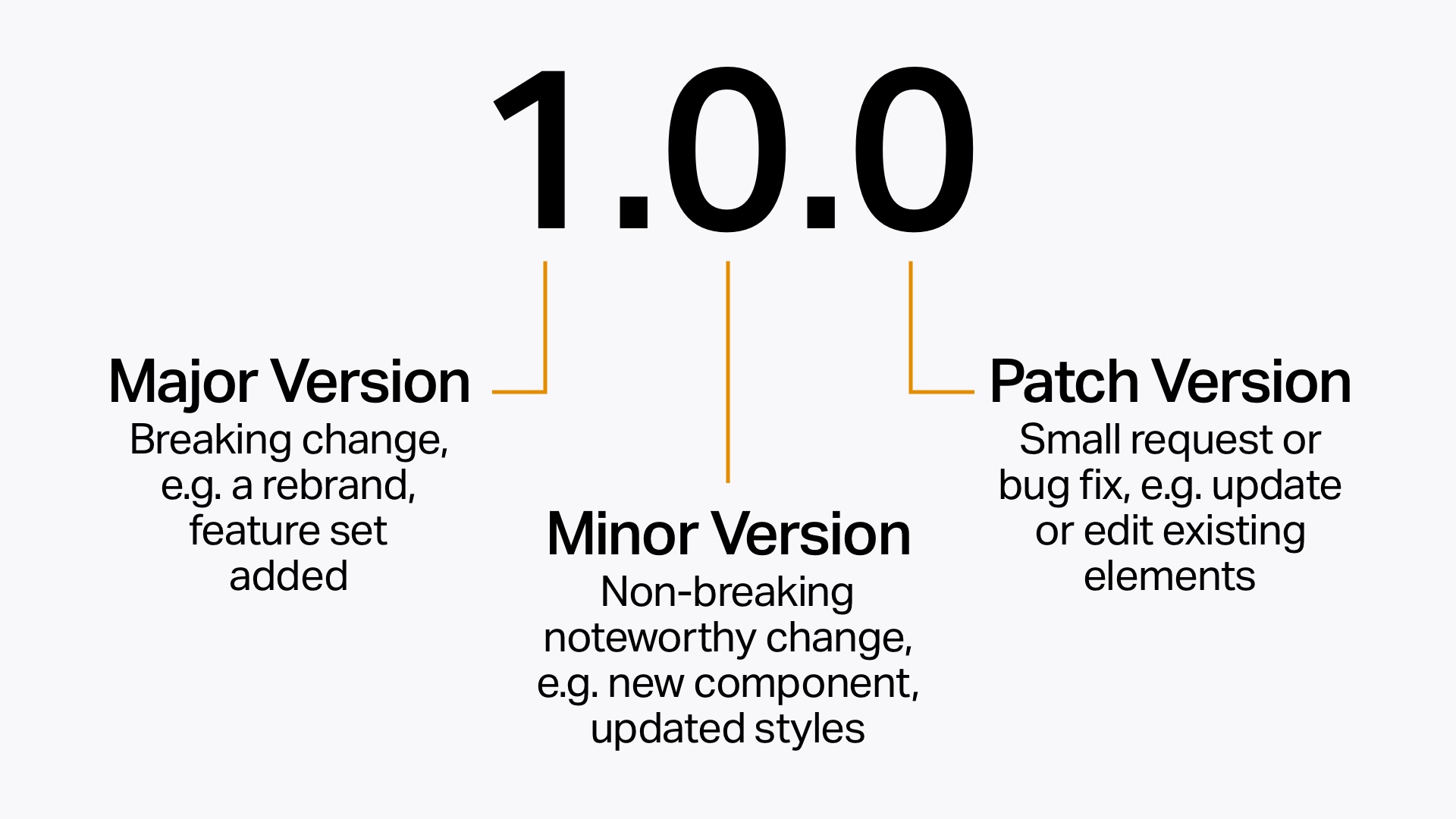 Semantic versioning is one way to specify a release with a three-part version number: major version, minor version, and patch.

It's a popular and common way to version software because it helps your users understand the extent of changes in a given version release. Another benefit of this approach is that it allows you to roll back changes incrementally.

There are no hard rules on when to break up your major and minor releases. It depends on how much you’ve updated and when you want and how you want to break up the versions.

Release a beta version: 0.1.0. Before getting to your first release, you can work incrementally and release beta versions to take you through testing your design system before releasing it to everyone. You’ll be able to better solidify your process loops, gage the end user experience, and correct any bugs early on.
Was this article helpful?