Uploading designs for developers to inspect

DSM integrates with InVision Inspect so you can spot existing components and styles. When you use components from a DSM design system, your development team can see which ones are already in use, and that means they won’t need to recode a component.

When designing new elements for your design system, use the Inspect handoff to get them coded. 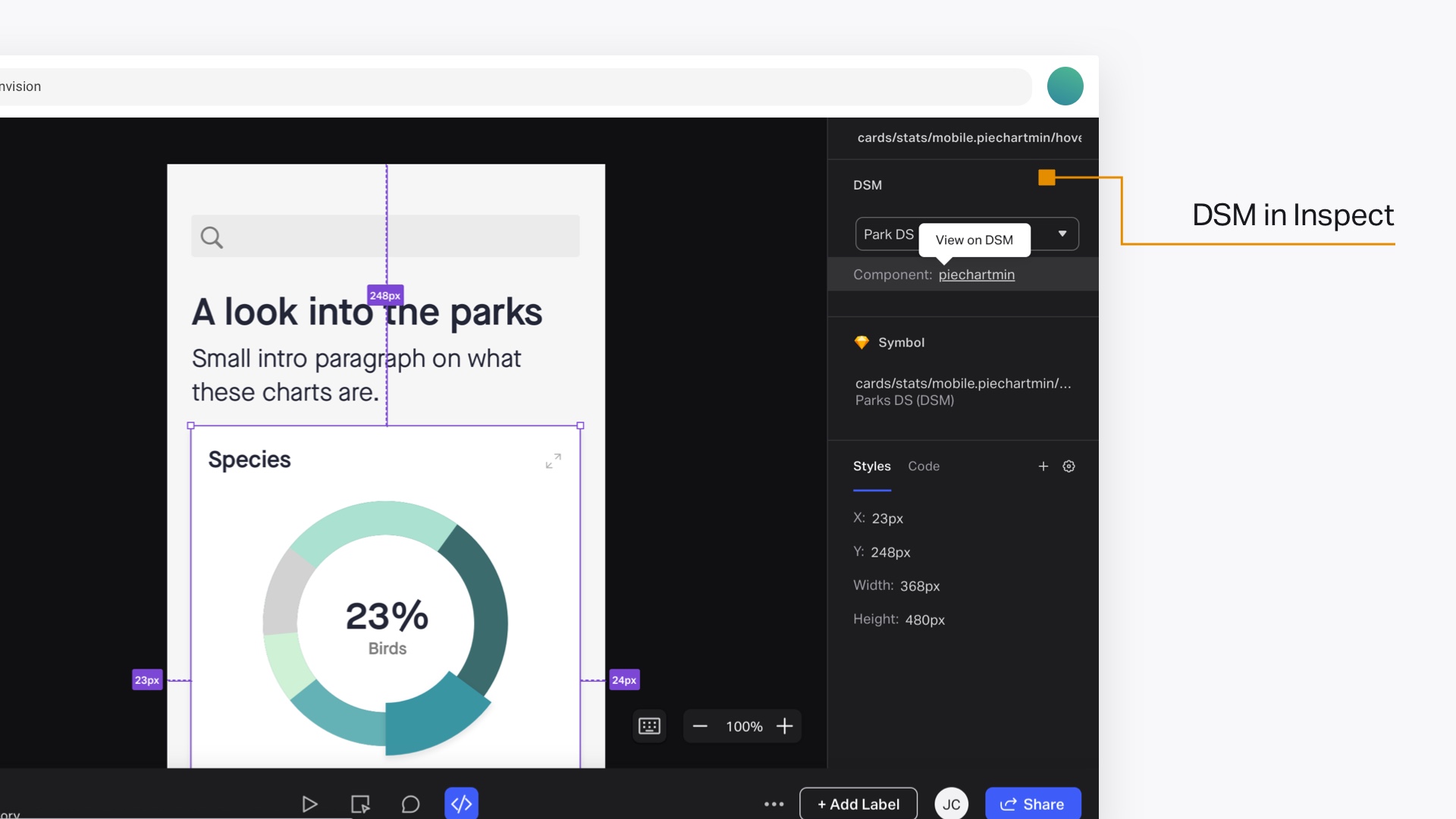 DSM+Inspect lets you see which elements from a design system are used within a design.

Upload your screens to an InVision prototype or spec through Craft by InVision.

Open the prototype or spec and share it with your developers and engineers.

In a prototype, access inspect mode and hover over different components and styles to see in the inspector panel which exist in a DSM design system. In a spec, drill down to the artboard level to access the Inspect experience.

Was this article helpful?