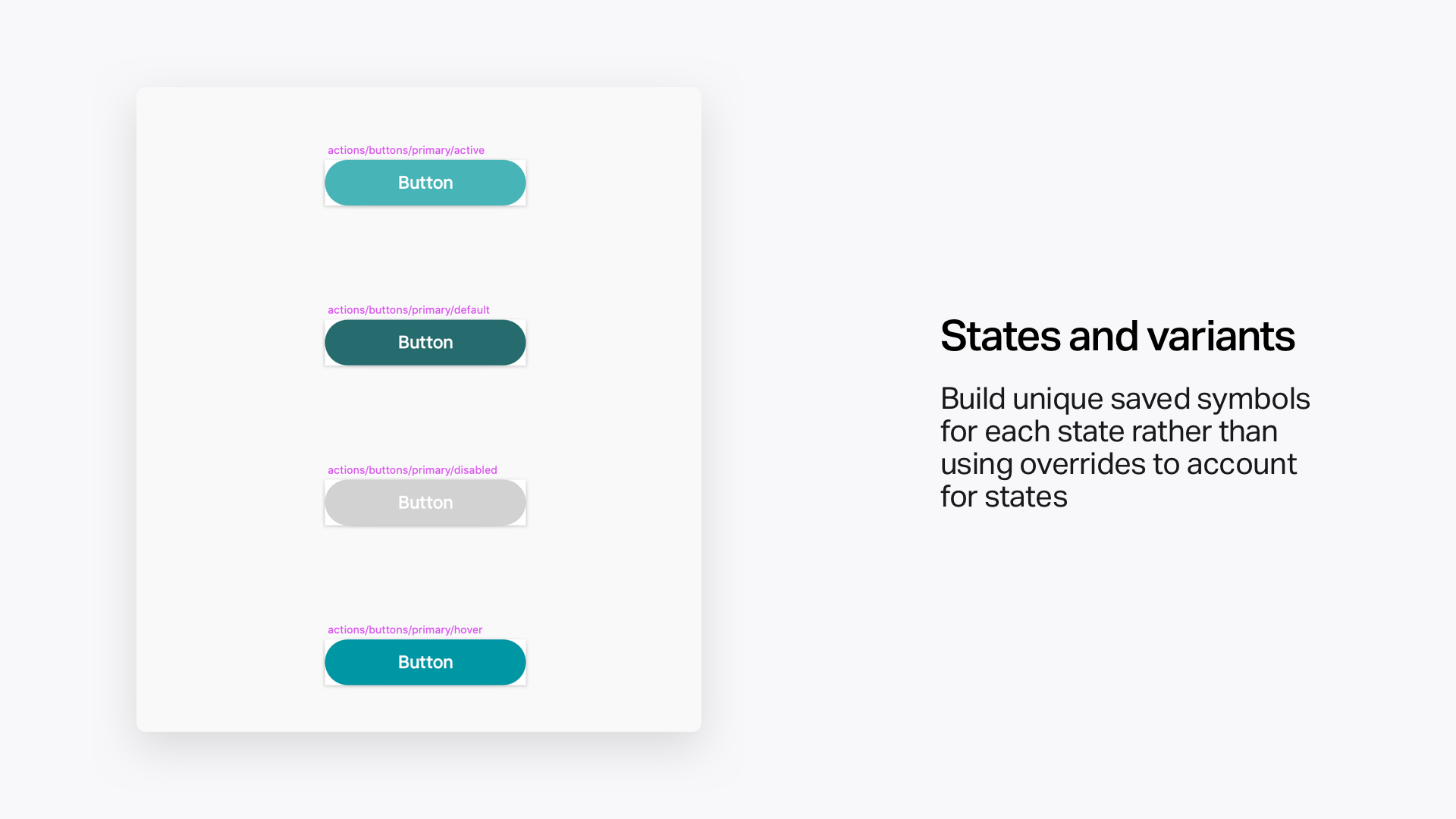 When it comes to states or variants, there are many ways to approach building a component in Sketch.

For components that have designated states—like buttons or input fields—we recommend building unique symbols for each state rather than using overrides to account for states.

We recommend this approach because:

Be aware that the downside of this approach is that editors of the system will need to update all symbols if a property that's shared across all component states changes. For example, if the border radius of the button changes, you'll need to update all button symbols instead of just one.
Was this article helpful?